Yesterday was a really bad day. 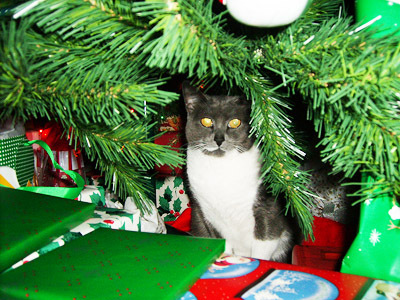 October 2002-November 14, 2019
My mom's cat Sadie, died yesterday. She'd been part of our family for 17 years. She's been around most of my adult life. I lived with her shortly and loved her always. She was the sweetest cat and I remember when she came into our lives.

She crawled through our laundry room window and had babies. So many precious babies. We found all of them except 1 a good home. That last one we let Sadie keep as she was very attached. She loved her little Frankie (a girl we named after Old Blue Eyes on account of her blue eyes). She taught that kitten so much. And having that kitten taught Sadie (a previous unloved kitty) how to play and meow.

Before Sadie came to us she was our Aunt and Uncles cat who existed solely to hunt mice and while Sadie did she wanted human contact that they wouldn't give her. They aren't animal people. And when she moved in with us to have her kittens, of course, we were enamored with her babies and less so her. But that didn't last. She demanded attention and was the perfect little gift. She never scratch people besides the odd flexing her claws into you while she was on her lap (this is innocence).

She only got scolded for taking shiny object like necklaces and Christmas ornaments a few times but she typically left them in the same spot after hoarding them.

And she loved her baby. She spent as much time as she could teaching Frankie everything. They went hunting and climbing and lounged in the sun until one terrible night Frankie got out and we didn't know it. We never saw her again and Sadie mourned her. We felt so bad and Sadie took months to get back to her happier self. Poor thing.

We discovered not long after having Sadie her love of Christmas. She became obsessed. I remember her being around constantly while we put the tree up and spending the season under it living in wonder. Every year she would move in under the tree and you could find her peeking out. It was her favorite place to be. It was only the first few years she stole some ornaments but after that she left them alone though a few would fall because of her entrance and exist. Mostly she just loved laying there and seemed like she was the sweetest Christmas present you could get.

When my mom moved into the apartment it was sad because Sadie had less room and going outside was more dangerous what with the coyotes and mountain lions in the area. So she spent her days in windows and racing around the apartment. But you could always tell she was a little lonely.

About 5 years ago Chloe came into our lives. She was a baby and we worried Sadie wouldn't accept her but that mother in her wanted the baby and she went to love her. However, Chloe is a skittish baby and she hissed and Sadie which meant Sadie backed off and never really had the chance to get close to Chloe. They co-existed. As Chloe got old she clearly wanted to play and be near Sadie and Sadie would let her to a point. It became obvious Sadie was the old kitty and didn't want to deal with a rambunctious teenage kitty. But Sadie only ever smacked Chloe when she wanted her to stay off her tree or our of her bed. Beyond that she let Chloe hang about without trouble. And never claws.

In March, Sadie seemed off so my mom took her into the vet. She had a kidney infection but it was signs of early kidney failure. Still she took her meds and suddenly Sadie was back, running around and demanding love (which she always got). However, as time passed she stopped coming for love and over this last weekend we noticed Sadie wasn't seeing well.

So yesterday we took her in and the vet said her kidneys were going which led to hypertension and a fading of her sight. There were treatments but they would only prolong things and wouldn't be pleasant. We couldn't do that to this beautiful girl just to keep her in our lives another day. We sat with her. Loved her. Kissed her. Told her how much we loved her and that we would miss her everyday. It was time for her to go be with her Frankie and to run and play in heaven. We sat with her and loved her as she slipped off to sleep and left us to be with her sweet baby.

Sadie will always be missed. 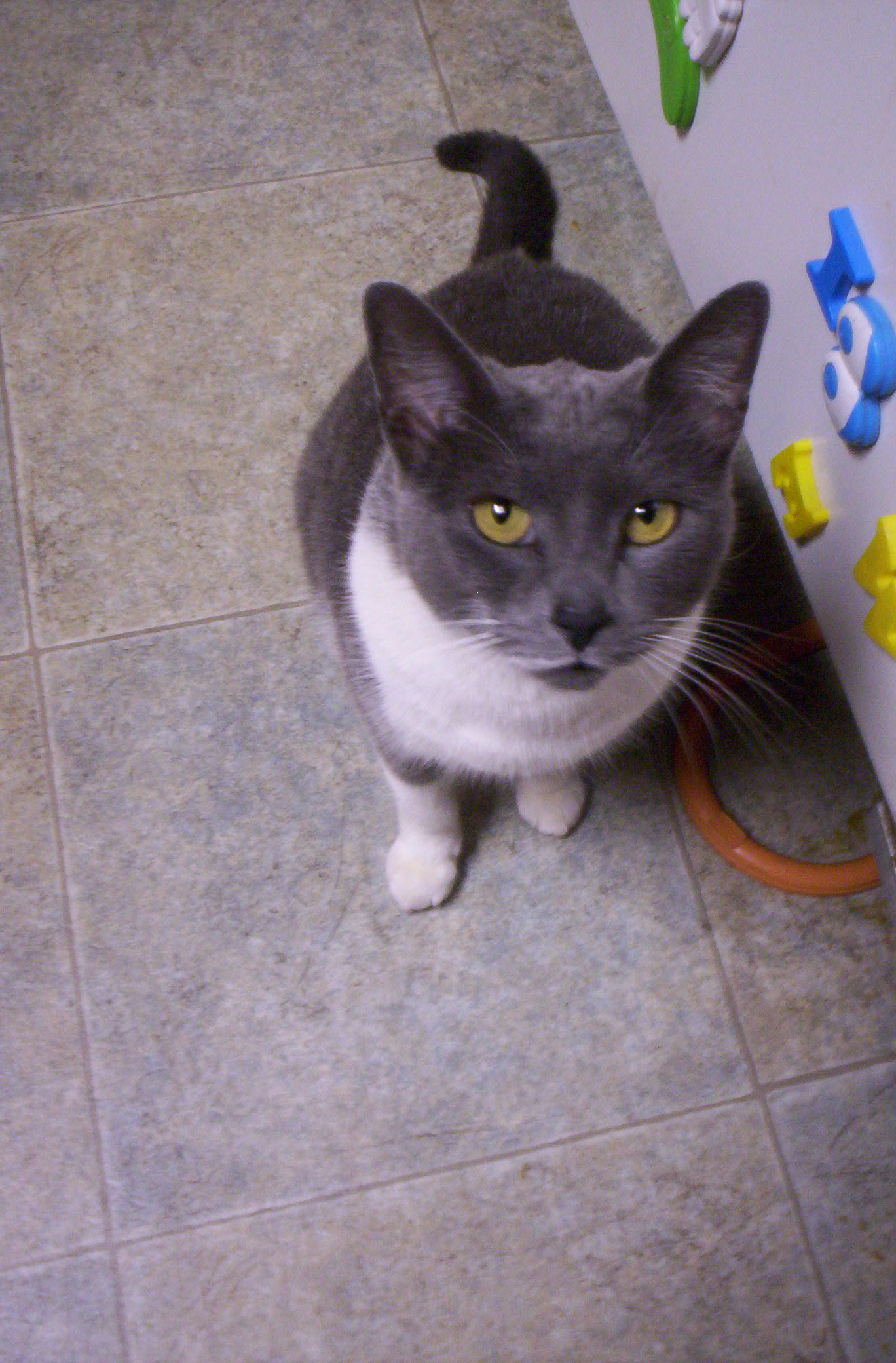 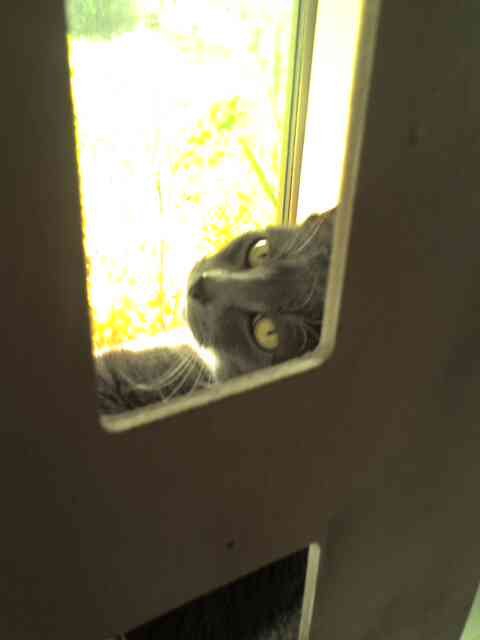 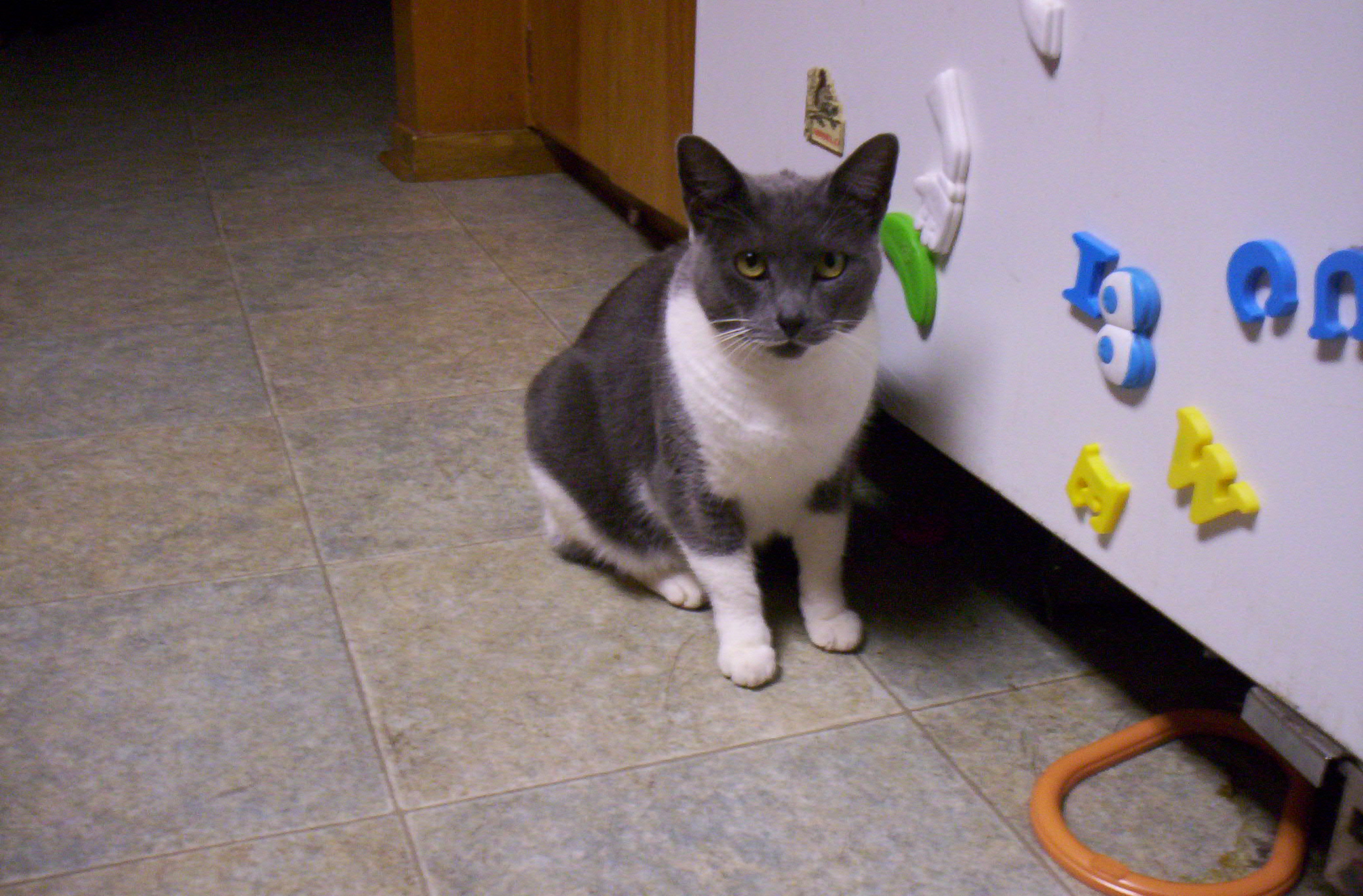 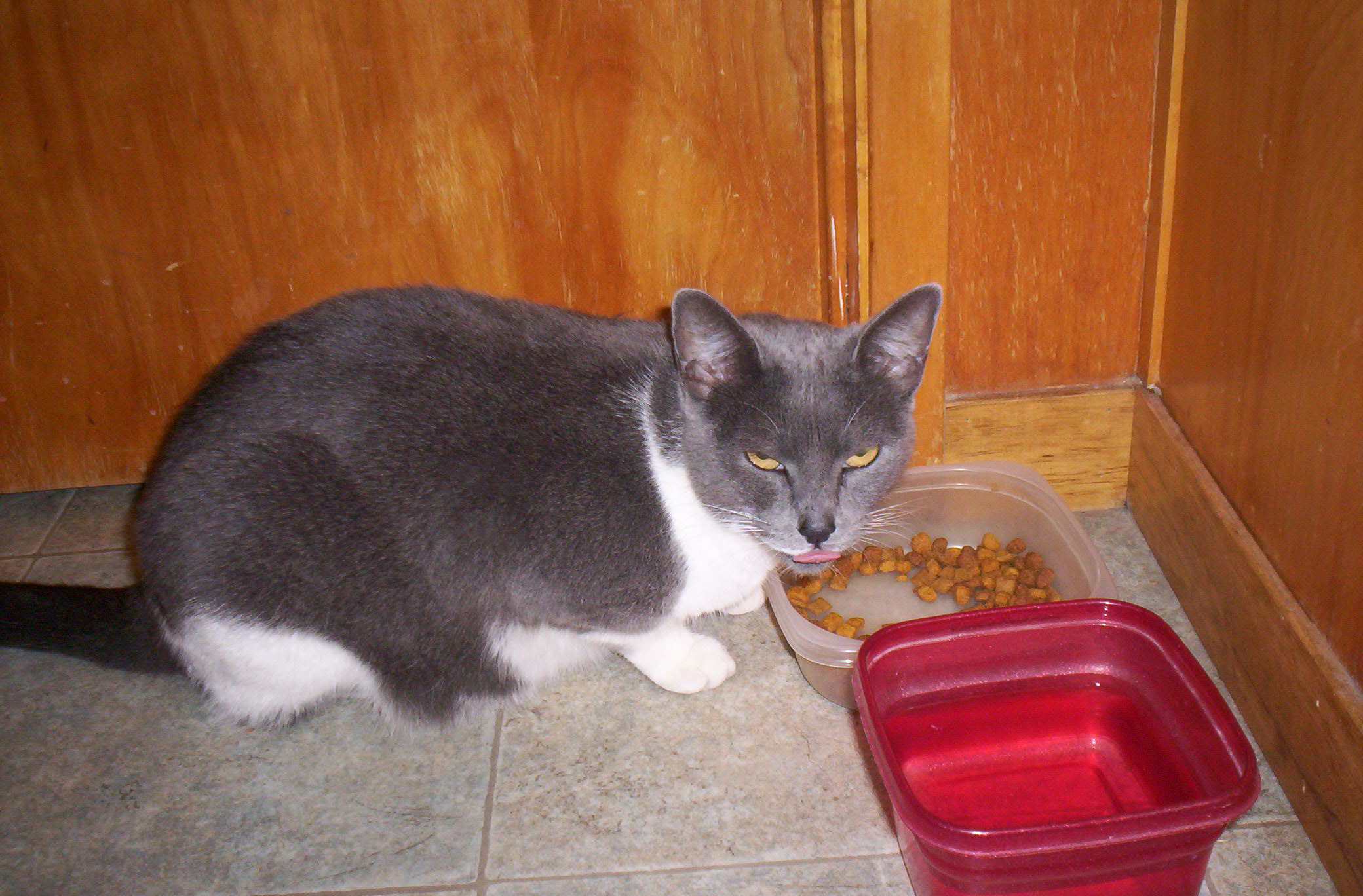 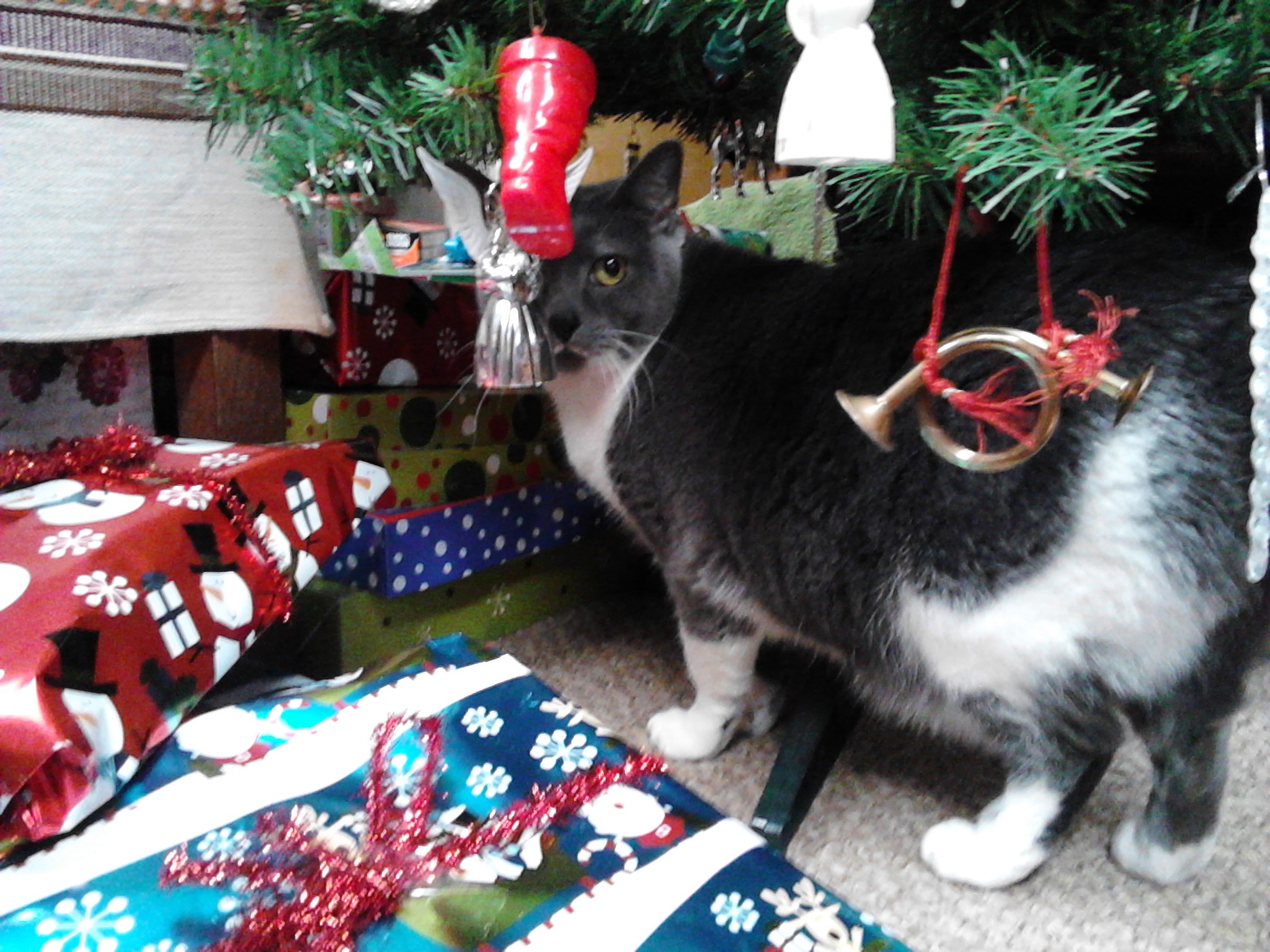